What Every Good Parent Should Want for their Child

Some time back a FB friend named Zoë suggested several blog topics to me that really resonated. I’m going to start with her first suggestion, “What should every good parent want for their child?” In some ways that’s a simple question, in other ways complex. I’m going to begin with the positive feedback I’ve gotten from them, things for which they have actually expressed appreciation. These indicate what I actually wanted for them, since it is what I actually did. After I make some generalizations,  I will discuss a couple of my major mistakes, then briefly explain why my approach to my children is not necessarily for everyone.

Take their Ideas and Plans Seriously 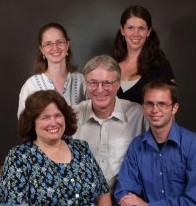 Lissette, my oldest, has told me several times that when she came to me with new ideas and big plans, I always discussed them with her positively.  Instead of squelching her creativity and telling her all the negatives about an idea, I said, “Okay, let’s see how we can make this happen.” Then, one-by-one, we broke it down, talking over the factors to consider in order to make her idea work.  Her enthusiasm for the fix-it-and-flip-it idea didn’t result in a home purchase, although she has remodeled several bathrooms, which is certainly more than I’ve ever done!  We actually did pursue a small business called Subscription Flowers, which grew out of her skills in floral arrangement. That habit of talking projects through has equipped her to envision and organize ambitious church functions with total confidence. (I’m probably taking too much credit for that!) Lissette just finished her courswork for a teacher credential (the B.A.). She’s in the middle of student teaching, and busy raising two of my grandkids (three and eight years old).

Be Interruptible, Be Humble

Melanie is my middle child. She’s told me several times that she appreciates that whenever she wanted to talk with me, I would drop whatever I was doing and give her my attention. That means that I was never too busy to talk, and she knew that at that moment she was more important than whatever project I was working on.  She has also mentioned several times how much she appreciates that I was always willing to apologize. “I knew that you didn’t have to apologize, because when my friends’ dads would make mistakes they never apologized! If you overreacted to something, you would always come and apologize. I knew this was something you didn’t have to do!” She has also expressed her gratitude for shaping her value system and philosophy of life and ministry, which became apparent to her when she ministered in an unconventional church setting. She has also been involved in local Democratic clubs. Melanie’s interest in spiritual healing has led to her pursuit of a career  in medicine. She’s busy raising my ten year old grandson.

Cheer and Support their Interests

Jonathan is our youngest. From the age of ten he has followed two strands of our family traditions: church life and shoe-leather activism. In addition to church activities and music, Jonathan has, independent of Diane and I, been politically active virtually all his life.  At age ten (!) he set up a website for a leash-free park campaign and attended his first parks and recreation department meeting. Shortly after that he was taking home-made cookies to striking teachers who were picketing in front of a nearby school. Next thing I know he’s taking pizzas to striking supermarket employees at several different stores.  We did celebrate his youthful activism at every step, but these activities were all self-chosen. He now works as a political campaign manager.  Jonathan is working on his B.A. as well. He hopes to marry someday (when marriage is legal for him) and start his own family.

The Universe: a Friendly Place or a Dangerous Place–Your Call

People say that our view of the universe, whether it is a friendly place or a dangerous place, comes from our family-of-origin experience. I wanted my kids to view the universe as a friendly place. The Bible says, “Quench not the Spirit,” referring to the actions and expressions of the Holy Spirit in people. I tried not to quench my children’s spirit. I tried to nurture 1) their independence, 2) their self-confidence, 3) their creativity, and 4) their trust in their own intuitions and ideas. These are all extremely important, given their Ultimate Source.

There is one thing I said repeatedly to them, both face-to-face and in the occasional special-occasion letters I wrote them: “I have total confidence that you will make good decisions.” This flowed out of a spiritual experience. As a teenager I had been challenged by a friend about whether I was a real Christian, and for me that meant that Jesus had to be the Lord of my life. I read her expression of doubt, considered it, and immediately heard that audible-but-inaudible voice: “You will be able to do whatever I want you to do when the time comes.” My confidence in my children flowed from the confidence the Divine expressed to me. I didn’t want my kids to doubt themselves.  It seems that I wanted the same thing for each of my children, a sense of competence, and confidence in their intuitions, plans, ideas, and their ability to have a real effect on their surroundings.

Two of My Major Parenting Mistakes

I made what I feel are two major mistakes. The first mistake was many years of undermining my wife’s authority, criticizing her parenting style in front of them, to the point of derision. That was a major mistake, quite unconscionable, which I have apologized for, though probably not enough. I hope that element of my personality is basically gone.

My second mistake was being far too strict, even harsh, with my oldest. They say this is common, that the firstborn gets much stricter discipline than younger siblings. That doesn’t justify what I did, however, nor lessen my regret.  I feel ashamed about several specific things. There is one spanking I particularly remember, a couple of front porch humiliations, and one outburst of rage that included some severe cupboard slamming and necklace yanking. It’s “funny” how we remember the bad things in such detail.

My children are gracious about these things, for which I am grateful. And I am also grateful for the amazing resilience of so many young people. But we must neither abuse that resilience nor take it for granted. Two medical diagnoses in particular have helped me with my temper. I am now medicated for diabetes and for bipolar disorder, each of which can express itself in angry outbursts, outbursts that the Apostle Paul calls fits of rage—works of the flesh.

I deliberately included my children in shoe-leather movement work  so that they would know that political action can often go far beyond mere party registration and voting.  I wanted them to know that there are times when we must put ourselves on the line to correct injustice.  My children have carried signs on boulevard sidewalks. They’ve marched in counter-demonstrations at the Tijuana border and seen fellow demonstrators nearly run down by close-the-border racists in their pick-up trucks. They visited me when I was jailed for civil disobedience. I risked arrest with Jonathan over Prop 8 when we occupied the San Diego Hall of Justice in June, 2009. Melanie marched in the 2005 Marcha Migrante, visiting the 300 graves of the unidentified dead near Calexico & Mexicali, and speaking on the capitol steps in Sacramento.

All three of them have a repertoire of political activity that includes demonstrations, counter-demonstrations, and civil disobedience. This is the heritage my parents gave to me, one which I have passed on to my children for struggles yet to come.

Religion and Faith in God–Hmmm

It just occurred to that I haven’t mentioned “a strong religious faith” or “a strong faith in God” as one of the things I wanted for Lissette, Melanie, and Jonathan. Other people use these phrases to describe the spiritual dimension of life.  I’ve posted previously that the Christian scriptures teach that we are to find God within us, that we are created in God’s Image, that the Holy Spirit lives within us. It is God in whom we live and move and have our being. When I want my kids to trust their intuitions and ideas, those intuitions and ideas are among the chief expressions of the Divine in their lives.  Likewise, the thirst for justice is a reflection of the Image of God.  Jesus said, Blessed are those who hunger and thirst for justice, for they shall be satisfied.  My desire for my children is that they be doers of the word–the inner word–and not hearers only. As some of you know, I believe that what Christians call the Still Small Voice, or the Image of God, is active in everyone, not just some small, exclusive group.

Wanting my children to have a strong religious faith and a strong faith in God are not how I would express my desire for them.  Those phrases are far too generic and abstract for me.  They aren’t necessarily bad, but when we get that ethereal it is far too easy to indulge in self-deception, conning ourselves into thinking our “spiritual condition” is better than it really is.

Why aren’t my “should wants,” what I wanted for my children, universal?  Mainly because I speak from a position of privilege. I am a white Protestant American male. What I mean by what I’ve written may not transfer directly for parents in a different socio-economic place.  The easiest example here is the room I implicitly make for my children’s mistakes, even serious mistakes. If a white kid makes a serious mistake, they can often recover from it–it’s not a success-killer for the rest of their lives. This is frequently not the case for teens of color.  And this fact is very clear to parents of color.  Therefore, other “good parents” might well need to express their goals for their children quite differently from how I’ve described mine. For many populations the universe is not a friendly place, but a dangerous place, and parenting will differ accordingly. In some communities, raising children as though the world were a friendly place can be doing them a grave disservice, ’cause it just ain’t so.

Couldn’t have put it better myself.

My first wife used to say, "There's nothing so sacred that Ron won't pick it apart." My desire to be a pastor -- that was a temperamental mismatch. She was so patient. If my birth mother had lived somewhere else, maybe I would've become a cold case detective. But I would have had to be J instead of a P, I think. And that mid-life reevaluation, starting adolescence as a GARB fundamentalist and transitioning to a non-theist, that gave me an unusual skill set.
View all posts by Ron Goetz →
This entry was posted in Family, Life and Testimony, Parenting and tagged Activism, Discipline, Firstborn, Forgiveness, Heritage, Resilience. Bookmark the permalink.