The Success of James Dobson’s Call for “Moral Outrage” 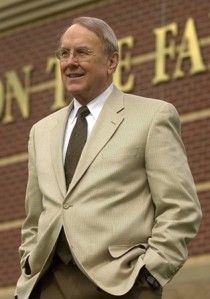 In his newsletter, “Homosexuals in Hollywood,” Dr. James Dobson lamented “the lack of moral outrage” among politicians and pastors in response to society’s increasing acceptance of gays and lesbians.  He attributed the alleged cowardice of church and political leaders to intimidation by gay and lesbian activists, and a “fear of being labeled ‘homophobic,’ ‘hateful’ or ‘politically incorrect.'”

For some people, there’s nothing like impugning their manliness with an accusation of cowardice. So how do y0u prove your bravery, “prove that you’re a man”? By expressing your “moral outrage” from the pulpit and when you vote.  Outrage is a feeling of fierce anger, often resentful anger.  And, according to James Dobson, moral outrage is a sign that you’re on the side of the angels.

Rage is an ugly thing. We have recently seen a number of pastors who embody Dobson’s moral outrage. Here are just a handful of examples of what happens when someone with Dobson’s stature and responsibility give people permission to express their “moral outrage.” After discussing briefly the recent spate of literally genocidal remarks, I’ll reflect a bit on what they mean.

Pastor Steven Anderson, what a nice, clean-cut young man. Who would have ever thought he could favor genocide. What a shame.

A confirmed Dominionist (click here) ministering in Nebraska, Phillip Kayser is less bombastic than Brother Anderson, and the very sobriety of his analysis suggests to me that he has followed Calvinist theology to its Rushdoony-freakish extreme.  Kayser discusses the difficulty of implementing the death penalty for homosexuals with the dispassionate coolness of General Reinhard Heydrich at the 1942 Wannsee Conference (click here) discussing plans to expedite the Final Solution.  Here is what Pastor Kayser says about surmounting minor legal difficulties in enacting his “Biblical” program of suppressing, if not eradicating, homosexuality.

Difficulty in implementing Biblical law does not make non-Biblical penology just. But as we have seen, while many homosexuals would be executed, the threat of capital punishment can be restorative. Biblical law would recognize as a matter of justice that even if this law could be enforced today, homosexuals could not be prosecuted for something that was done before.

Pastor Curtis Knapp seems to think he could stomach the extermination of homosexuals. Do you think he’d take a second job as a camp guard?

Pastor Curtis Knapp of the New Hope Baptist Church in Seneca, Kansas, is a modest looking gentleman who seems to think he could live with a judicially enforced death penalty for gays and lesbians. (click here)

We punish pedophilia. We punish incest, we punish polygamy and various things. It’s only homosexuality that is lifted out as an exemption.

“Oh, so you’re saying we should go out and start killing them?”  No, I’m saying the government should. They won’t, but they should. 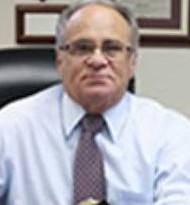 Pastor Charles Worley:
What some people will do to get attendance up.

Of the recent spate of theocratic “Final Solutions” aiming to undo society’s progress in accepting gays and lesbians, the death camp model of Charles Worley is probably the most well known. (click here)

I’ve figured out a way to get rid of all the lesbians and queers, but I couldn’t get it past the congress. Build a great, big, large fence — 150 or 100 miles long — and put all the lesbians in there. Fly over and drop some food. Do the same thing for the queers and the homosexuals. And have that fence electrified ’til they can’t get out. ‘N feed ’em, and you know what?  In a few years, they’ll die out. Do you know why?  They can’t reproduce. 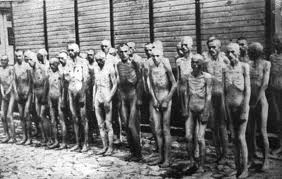 Nazi death camps held Jews, gypsies, homosexuals and others less than 70 years ago. My parents were still alive. I will not stand by and let it happen again in the name of “freedom of religion.”

This “solution” that will “get rid of all the lesbians and queers” was echoed recently in South Carolina by yet another minister, marriage chapel specialist Jay Randolph, who defended Worley’s idea (even in the face of Southern Baptist criticism), but offered an actual location, a somewhat exotic one, for his proposed death camp.

I have listen to the clip several times, and I agree with what he said, and think MORE pastors need to preach  it.  What he said is homosexuals can not reproduce. If you cleared everybody out of Hawaii and filled it with only people who are homosexuals, and there was no way for people to get onto the island, soon, there would be no people on that island….  But every pastor should have a sermon like this, at least once a year.

From this we can see how the fiery rhetoric is passed like a torch from one one leader to another down the food chain, from Dobson to Worley to Randolph. It gives a whole new meaning to one of my favorite choruses, “It Only takes a Spark to Get a Fire Going.”  That song will forever be spoiled for me.

According to the Bible, James Dobson shares Responsibility for Genocidal Rhetoric

Despite protests to the contrary, James Dobson shares responsibility for the genocidal rhetoric we’ve been hearing lately.  People may say Dr. Dobson can’t be held responsible for the genocidal talk of executions and death camps of his anti-homosexual lieutanants. They may try to clear him of responsibility for “over eager” followers of his call for “moral outrage,” but this deliberately ignores the warning of the Apostle James about the power of our words.

The tongue is a small part of the body, and yet it boasts of great things. See how great a forest is set aflame by such a small fire! And  the tongue is a fire, the very world of iniquity; the tongue is set among our members as that which  defiles the entire body, and sets on fire the course of our life, and is set on fire by hell.

The writings of James Dobson fit this description.  For twenty-five years his call for “moral outrage” has been an agenda-setting call-to-arms for an army of genocidal arsonists. Irresponsible language like that of Dobson and his followers begs for anti-gay bullying, no matter what disclaimers they would attach to their inflammatory words.

The very word “rage” is derived from the Latin word for rabies, which meant “madness, rage, fury.” Dobson gave his receptive audience permission to behave like an out-of-control pack of rabid dogs.  If you have a more charitable description of Anderson, Kayser, Knapp, and Worley, I invite you to use it. Perhaps homophobic, hateful, or politically incorrect would be better.

However, in contrast to the fires of genocidal rhetoric inflamed by Dobson’s own permission and encouragement, James the Brother of Christ recommends something entirely different.

The wisdom from above is first of all pure. It is also peace loving, gentle at all times, and willing to yield to others. It is full of mercy and good deeds….   And those who are peacemakers will plant seeds of peace and reap a harvest of righteousness.

Such will not Inherit the Kingdom of Heaven

I am familiar with rage.  Before I was diagnosed with bipolar disorder and diabetes, both conditions could express themselves in outbursts of rage and anger.  Even now, a sugar high can spark an angry outburst or a curse.

Territoriality is an abiding instinct in the race, and I am tarred with its inevitable brush.  I have goals and ambitions, and when they thwarted, or I feel frustrated in reaching them, anger and rage can result–not always, but sometimes.  I posted a personal account, A Seminarian’s Rage, describing a particularly vivid episode in my own life.

So I understand where younger men like Curtis Knapp and Steven Anderson are at this point in their lives.  Hopefully they will one day realize that their genocidal views are not consistent with what their Lord and Messiah taught.  It may be hard for them, because it may cost them their ministries, ministries which mean an awful lot to them. But these are the kinds of sacrifices Jesus had in mind when he talked about cutting off a hand or plucking out an eye.

As for the older gentlemen–Dobson, Worley, and Kayser–I have less hope for them than for younger men.  At a point in life where many men mellow, it appears that they have stubbornly dug in their heels. For Worley, Kayser, and Dobson I can only hope that the Lord frustrate their plans and protect the innocent from their influence.

Hope, pray, and work, that is.

For more on the rhetoric of James Dobson, click here.