Some of the most important figures in the ex-gay movement, men and women who deeply believed in so-called reparative therapy, are realizing the futility of changing people’s sexually orientations.  Each one has been the darling of anti-homosexual Christians, each has had to forfeit that relieved gratitude, and each has suffered for repenting of their mistaken notions. 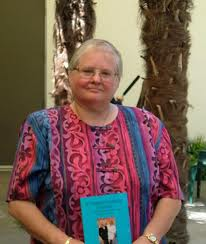 A few years ago, three major figures in the ex-gay movement issued a public apology for the damage they did to gay and lesbian believers. Michael Bussee (co-founder of Exodus), Darlene Bogle (a former Exodus ministries leader), and Jeremy Marks (former UK ex-gay leader).

Michael Bussee, one of the co-founcers of Exodus, explains his journey in more detail in the following interview.

John Paulk was a major ex-gay leader employed at Focus on the Family.  Even while preaching the gay cure message, he was discovered in a gay bar hitting on another gay man. After his experience of “stumbling,” James Dobson cut him loose.

These men and women were all vigorously committed to the ex-gay movement.  They have more experience working with gay and lesbian believers than anyone.  And they have seen first hand the suicides and self-mutilations that resulted from the cruel lies, the promises of an unnecessary deliverance made by anti-homosexual Christians.

These Christians aren’t researchers.  They’re not theology professors.  They’re not academics.  These are actual gay and lesbian believers who sincerely believed that “deliverance” from same-sex attractions was possible for every homosexual.

Hard, cruel experience taught them this was a lie, a lie that cost lives.

Exodus International’s president Alan Chambers is now being accused of antinomianism.  If you’ve read many of my blogs (Click here), I have demonstrated that the Apostle Paul himself was the first, original Christian antinomian. He was “against Law.”

The debate over whether or not we are under the Law has been debated for the entire 2,000 years of Christian history.  The New Testament writers were differed on the issue, which is why the issue cannot be settled.  Each side, those who cling to the Law, and those who follow the Law of Love, have produced untold amounts of verbiage to support their position, although those who love Torah tend to be more on the wordy side. All the arguments have been argued.  Everyone, especially the lovers of the Written Code, have stockpiles of ammunition to use.  The debate will not end.  There is no “solution,” as much as we’d like to settle problems like this once for all. We must love as Christ taught, and leave the Standard Bearers to their sacred task.

We can’t blow off the experience of people who were actually committed to “freeing” homosexuals from their sexual orientation, and learned it was not possible.  The leaders of Exodus International all know the real truth.

The people at Exodus International love gay and lesbian believers.  Because they love them, they do not lie to them and hold out false hopes.

Their ability to learn from their mistakes is wonderful and promising.  Their sanctification and repentance in this area gives us hope for others who, for a while, cling to damaging notions.

My first wife used to say, "There's nothing so sacred that Ron won't pick it apart." My desire to be a pastor -- that was a temperamental mismatch. She was so patient. If my birth mother had lived somewhere else, maybe I would've become a cold case detective. But I would have had to be J instead of a P, I think. And that mid-life reevaluation, starting adolescence as a GARB fundamentalist and transitioning to a non-theist, that gave me an unusual skill set.
View all posts by Ron Goetz →
This entry was posted in Antinomianism, Christianity, Faith, Gay Christians, Religion and tagged Darlene Bogle, Focus on the Family, Mark Bussee, Mark Jeremy Marks. Bookmark the permalink.