The Author of a Major N.T. Epistle was a Woman

Priscilla wrote the N.T. Epistle to the Hebrews 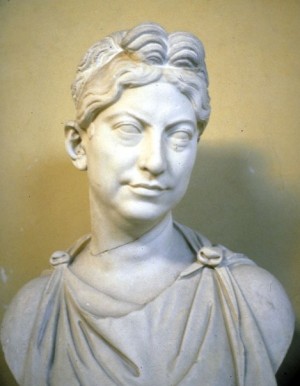 It will probably surprise some of you to learn that many Bible scholars believe that a New Testament woman named Priscilla wrote the book of Hebrews.  No, this is not a news flash.  The argument for Priscilla’s authorship of Hebrews has been around for over 110 years.  The case has been gaining ground since it first came out, but it’s something that a lot of people haven’t heard about.Priscilla and her husband Aquila are mentioned seven times in the Bible, and Priscilla’s name usually comes first, suggesting that some people thought she was the dominant or more significant of the two.  Priscilla and Aquila were well-educated and articulate.  They are recorded as having explained the way of Christ to Apollos, a favorite teacher of many of the early Christians.

Apollos began to speak boldly in the synagogue. When Priscilla and Aquila heard him, they invited him to their home and explained to him the way of God more accurately. (Acts 18:26)

These are the first hints that Priscilla could legitimately be considered the author of Hebrews.  Based on internal evidence, the nearly universal verdict is against Pauline authorship.

The first person to argue for Priscilla’s authorship of Hebrews was Adolf von Harnack, one of the most significant theologians of the nineteenth and twentieth centuries.  (A German Lutheran, he felt his calling as a theologian was to open up “freedom of thought, of pursuing truth on every path, the freedom from interference by those who have been given authority in human institutions.”)  This “liberal theologian” put forward his case for Priscilla’s authorship in 1900.

1) The author was highly educated and seems to have held a prominent teaching  position. In Acts 18 Priscilla along with Aquila were able to instruct Apollos who was himself an eloquent and learned man (Acts 18:24-26).

2) Both Priscilla and Aquila were among the Pauline circle of friends and were
associates with Timothy (13:23).

3) Assuming the Roman audience, the author would then have been a part of the Roman church and been familiar with the circumstances of the Christians in Rome. Moreover the author seems to have been a respected leader among the Roman Christians and hoped to be restored to them someday (13:19). We know from Acts 18:1 that Priscilla and Aquila were expelled from Rome due to the Edict of Claudius in 49 A.D.

4) It is clear that Hebrews was written by one individual since the first-person singular is used (11:32; 13:19, 22). But at other times the author uses the first-person plural that suggests that the author was speaking for more than him or herself. The most decisive example for me that Harnack gives is 13:18 in which the author says “pray for us.” Harnack also believes that 13:22 and 6:1-3, 9, 11 are other examples in which the author speaks for others. Since Priscilla and Aquila were partners, it would be logical to assume that the author was also speaking for his or her partner. (click here)

Anna Lee Starr summarized von Harnack’s case in The Bible Status of Woman (Fleming H. Revell, 1926) which is cited in numerous places on the web.

Letter to the Hebrews was written to Rome—not to the church, but to the inner circle (Romans 16:5)

Harnack gives four reasons for his conclusion that Priscilla wrote the Letter to the Hebrews:

Like many other issues, there is no little debate on this.  New Testament scholars weigh in on this side or that.  Harnack’s advocacy of Priscilla, however, has stimulated more discussion than any other.

I think most people never entertain the idea that something in the Bible could have been written by a woman.  We talk about the gospel writers, about Peter, James, and John, Moses, David, and of course Paul, but we rarely mention Priscilla.  Many New Testament scholars plead “scholarly agnosticism” on the authorship of Hebrews, saying that we will never know for sure who wrote it.

Church history is filled with literally innumerable times when some dogma that was widely believed and officially taught was questioned and refuted by someone.  Initially the new understanding is rejected, perhaps even violently repressed, but is revived by some individual or group later on when the times are more conducive to re-evaluation of the entrenched dogma.

People believed and taught that Paul was the author of Hebrews for centuries, despite reservations which explain why it is placed at the end of the rest of Paul’s letters.  Pauline letters are ordered from longest to shortest, and Hebrews suddenly “pops up,” because scholars have never quite known for sure.

I don’t absolutely know that Priscilla wrote Hebrews.  But this is to let y’all know that a lot of people do, that I believe a woman wrote it, and that I refer to her as the author when citing material from her epistle.

25 Responses to The Author of a Major N.T. Epistle was a Woman