The Evangelist and His Wicked Advisers

Once upon a time there was a good king named Théoden of Rohan. King Théoden was one of the great rulers of Middle Earth, greater than Denethor of Gondor, and braver than Galadriel the Elf Queen. King Théoden’s chief advisor, Wormtongue, was wise and faithful until he was seduced by Saruman, who was driven by the pursuit of power. Under Saruman’s wicked influence, Wormtongue caused a thick delusion to fall upon King Théoden, making him betray the truth and justice of the kingdom.

Graham Meets with Mitt Romney, then Endorses the Values Candidate

After Billy Graham’s half-hour meeting with Mitt Romney, the Billy Graham Evangelistic Association placed full-page political ads in the Wall Street Journal, USA Today, and other newspapers, in the name of Billy Graham and with his blessing. According to the BGEA, “the new ads were paid for by ‘friends who support the ministry’ and that no general ministry funds were used,” as reported in the CNN Belief Blog. The political implications of the ads were unmistakable.

Billy Graham and His Handlers 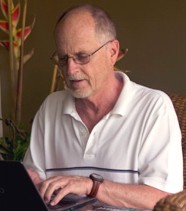 The first relates to the time White was ghost-writing a book for the evangelist. Billy Graham discussed Matthew 25, and how essential our active care for the poor, those in prison, and the infirm was. He was obviously grappling with the implications of the passage, and White eventually polished up the remarks and sent them to the publisher.

Graham got the galley proofs from the printer, and when he spoke to White he said to him that he respected his skills, but wondered why he had taken out the paragraphs on Matthew 25. Of course White hadn’t taken them out. Someone at the publishers, or someone on the evangelist’s staff, had nixed their inclusion for being too “social gospel.”

On another occasion Graham expressed his belief that people living in areas where they can never hear the gospel may have the opportunity to be saved.

Over the years Mel White contacted the Billy Graham Evangelistic Association requesting an appointment with Graham, but to no avail. Later on White happened to meet Graham, and he asked him why he had never responded to his requests for a meeting. Graham told him he had never received any of the requests, but if he had, that he would have gladly met with him.

Billy Graham always had a more tolerant, ecumenical approach to life and spirituality than many of his fundamentalist followers could stomach. I think we were cheated. I don’t think Billy Graham’s handlers ever allowed us to see the real Billy Graham. As ironic as this sounds, Billy Graham was not allowed to preach according to Matthew 28:19-20.

Therefore, as you are going, make disciples of all nations, baptizing them in the name of the Father and of the Son and of the Holy Spirit, and teach them to obey everything I have commanded you.

“No, you better not to mention Matthew 25, Mr. Graham. We’re in trouble enough with fundamentalists as it is.”

In a 1981 issue of Parade, the newspaper supplement, Billy Graham said,

I don’t want to see religious bigotry in any form. It would disturb me if there was a wedding between the religious fundamentalists and the political right. The hard right has no interest in religion except to manipulate it.

Billy Graham and his son, Franklin

I suppose these experiences earlier in Billy Graham’s career may have gotten him used to having his judgment and convictions being overridden by others. Or perhaps he took to heart the proverb, Plans succeed through good counsel; don’t go to war without wise advice. In any case, his son is apparently telling him to ignore what God taught the elder Graham after cozying up with Nixon far too closely, and providing that (expletive) respectable cover. According to the CNN Belief Blog,

The ad hit the prominent papers Wednesday and Thursday, and could hit a dozen more newspapers, a week after the famed evangelist met with Republican presidential nominee Mitt Romney at Graham’s Montreat, North Carolina, home and less than a month after his son Franklin Graham issued a full-throated endorsement of Romney in a USA Today opinion piece.

I think that Franklin Graham is using his father in the most disgusting way, and this story reveals how far conservative evangelical leaders will go in their pursuit of power.

Reminds me of two characters in The Lord of the Rings. I guess we tend to give Billy Graham the benefit of the doubt, don’t we. It’s easier to blame somebody else.

16 Responses to The Evangelist and His Wicked Advisers